Whether you are working with an existing Chinese manufacturer or looking for a new one, you need a NNN agreement to protect your products and ideas in China.

China manufacturers still offer the best value in the world manufacturing stage, but how do you protect your ideas and business as you shop around?

If you are searching for an NDA template to throw at potential manufacturers, there’s little benefit. Your business will still be open to being copied. That’s why you need an NNN agreement.

Why should you listen to me?

Of all random strangers on the internet, why should you bother listening to me?

Here’s my street cred to show that I’m not a college intern writing about something I know nothing about.

I’m also not a lawyer, which means it’s not all theory. This is 100% practical experience.

If you want to hear about NNN agreements from a real business and how we use it, keep reading.

First, what’s the difference between a non-disclosure agreement (NDA) and Non-Disclosure, Non-Use and Non-Circumvention agreement (NNN)? 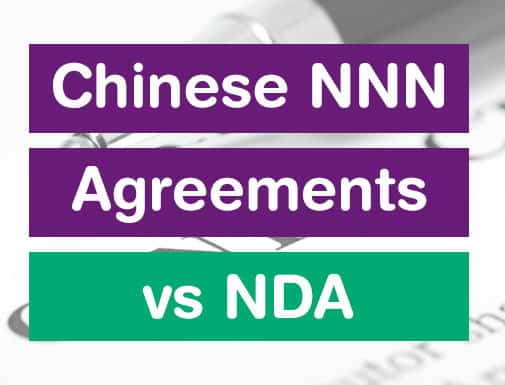 A  non-disclosure agreement is a legal document and typically used in the western nations to protect confidential information between a possible partnership, relationship, negotiations, mergers, acquisitions, and all sorts of business.

It’s a legal way of saying “you cannot share any info you get from us with other people other than those that require it to perform the work”.

Many companies rely on a NDA when dealing with Chinese counterparts, but it’s not enough to cover various challenges that will appear.

Note, I said “in western nations” because once you go outside of countries such as USA, Australia, EU nations, etc, to developing countries, the rules go out the window.

That’s where a NNN helps because the agreement includes:

It’s a 3-in-1 document to cover your bases with Chinese manufacturers because if you approach a small business in China, they will definitely:

The problem with just a NDA is that a China sales person may not tell their peers, but may inform their boss. Their boss may like the idea / intellectual property you own in your country like the US, and then copy it directly and sell to other customers.

If Chinese manufacturers can copy cars like Tesla, their website and more, what’s stopping them from copying your gadget or your IP that may still be in the early stages?

Non-disclosure agreements are meant to protect trade secrets of a company from being mentioned to the public. Nothing more.

In China, you have to be prepared to live by the saying:

In other words, it’s the wild west where nearly anything goes. And this is where so many companies have suffered because they brought their western colored lens to the bargaining table.

This is not the case 100%. However, when it comes to smaller and fragmented suppliers, the number of cases increase.

You must understand Chinese culture first

Ethics and morals in China is different to western countries.

Here’s a perfect example of the difference in mentality.

This is what you expect when you place the order. 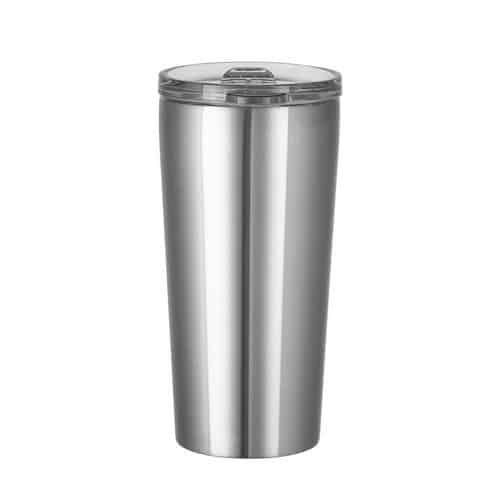 But when you receive it, upon closer inspection, all the mugs have scratches like this. 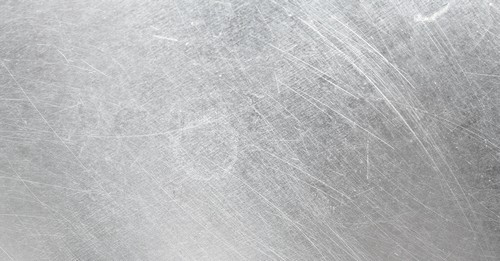 If you source from western countries, they will make it right by either:

But the Chinese suppliers will say that

The biggest point to consider is the first one. If the product “functions”, Chinese suppliers will say that it works. It is not “defective” because cosmetic issues do not matter.

This is the difference in mentality that you must understand.

If manufacturers think and act like this is normal, there is nothing morally wrong with talking about your ideas with other people, even if they signed an NDA.

Why NDAs are useless in China

NDAs (and NNNs) are also useless in China if you cannot apply or enforce it.

For 99% of you who read this, I bet you are not willing to go to China and fight in a Chinese court to enforce your agreement.

The reality is that it’s also not the best use of time and money for just an idea or a small revenue generating product.

Even companies like Intel and Samsung do not manufacturer their latest processors in China because it is easily copied. Rather than fighting it, they avoid the issue by manufacturing in countries that are supportive and understand it’s wrong to copy a customer’s product.

When you connect with someone in China, that person is also a sales rep or account manager. The owner of the factory will not bother signing an NDA for a new, untested, unproven client.

Why would they? You have never bought from them.

At best, the sales rep will sign the document, but then if something does happen, are you going to go after the sales rep? And then what?

You can see why there are so many difficulties with not just dealing with Chinese suppliers, but trying to make use of legal documents in a country where the written word is not as scary or taken seriously like western countries.

So what can you do?

Use your bilingual NNN as a tool, not a legal threat

Ultimately, the goal is for your idea not to be copied and shopped around.

Not to sue them. It’s not America.

China suppliers won’t copy or steal your ideas if you come across as a serious potential customer.

You get, what you give.

If you are kicking tires to get the cheapest price from 20 other suppliers, you’ll attract the same type of low quality companies.

If you are serious and not mass spamming a NDA or NNN and requesting quotes, you’ll get responses from serious companies.

This is why having a bilingual NNN agreement is important.

It should be in Chinese and English.

Not in Chinese/Romanian or Chinese/Japanese.

If you present a bilingual NNN after making initial contact and then going through formal introductions, this is how you come across to Chinese factories.

What to include in a NNN agreement to cover your bases

Yes I said above to use it as a tool, but it still has to be legit and enforceable if you are able to go to court in China.

You can learn a lot by reading through some templates. Don’t use random templates unless you are confident it applies to your business. Every business model is different and requires different wording.

To make a strong Chinese NNN Agreement, you need the following:

Our bilingual Chinese NNN agreement template is available as part of the PRO spreadsheet template package.

The structure of the document is as such:

If you can’t afford a lawyer and want to use a NNN agreement as a tool to leverage your negotiations, get our bilingual template which also includes other templates.

It will cost probably less than 20% of what you would pay if you:

Traps to Avoid in an NNN Agreement

If you write up a NNN agreement from scratch, be wary of the potential pitfalls of this contract especially if it is your first time drafting an agreement.

Some traps you should avoid:

Missing a contractual clause where modifications to the contract must be agreed upon by all parties.

It is not unusual for Chinese parties to change the contract without your knowledge. This is why it is imperative that you have this provision in your contract so that all parties involved should get notified if there are any changes to be made.

Forgetting to label all information as confidential.

A strongly worded NNN Agreement is all well and good, but it is a good practice that all files or information that you will be sharing with everyone in the party must be labeled as confidential. This way, the value of the information being shared will not be disputed since they are labeled properly. This also signifies that the information you share must be treated as such.

Writing the agreement in English.

One thing that you should avoid when drafting your non disclosure non circumvention agreement template is writing it only in English. For all the reasons written so far.

Not using Chinese courts as jurisdiction.

Do not, do not, do not put the jurisdiction as your local state in your country. The manufacturers will be laughing and sign it immediately knowing it has zero impact in China.

Most companies and people write their home state for “home court advantage”, but what’s the point if the other team never visits your “home court”?

Using two languages in your contract.

For purely legal reasons, having a Chinese only version is the best if you are so intent on making sure that you can sue the company and to avoid misinterpretation that a bilingual version can bring.

Using dual languages open doors for misinterpretation which can lead to a lengthy case when there are disputes between parties. The best way to avoid this long and tiring process is to simply choose the Chinese language. It is possible to keep the English version as part of your records if you prefer.

Another reason why suing isn’t the best choice is that getting things to court takes a very long time in China. Expect zero responses, no court dates set and no action for months. You could waste legal fees trying to push it on your end, but it could even take a year or so with so many ways to get around it in China.

Chinese companies use subcontractors for certain parts of the job. There’s a good chance that another company can get access to your product or intellectual property.

To prevent, this, you will need to get the supplier to get their subcontractors to sign the NNN also. You can create a provision that bars the company to outsource the work.

Since this is close to impossible, you can write a provision where the primary company will be held liable for any infraction to the agreement by one of their subcontractors.

What is Gorilla ROI?

Gorilla ROI automatically pulls Amazon data into Google sheets for you to make sense of the data without the inconvenience of manually downloading, sorting and updating spreadsheets.

Learn how you can centralize your data and use it to increase your ROI.

Other articles to read:

WE UNDERSTAND AMAZON SELLERS AND AGENCIES

How to Get Started

How We Protect Data

Gorilla ROI is a registered trademark of A Time For Ventures LLC. Copyright ©. All rights reserved.